The following provides some news and information on Chicago mosques:

Chicago is the largest city in the U.S. state of Illinois and the Midwestern United States, as well as the third-most populous city in the United States with more than 2.8 million residents. Adjacent to Lake Michigan, the Chicago metropolitan area (commonly referred to as Chicagoland) has a population of more than 9.5 million people in three U.S. states, Illinois, Wisconsin and Indiana, and was the third largest U.S. metropolitan area in 2000. One of the largest cities in North America, Chicago is among the world’s twenty-five largest urban areas by population, and rated an alpha world city by the World Cities Study Group at Loughborough University. (Source: http://en.wikipedia.org/wiki/Chicago) 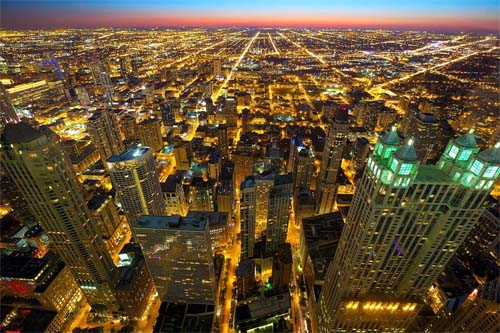 Truth in Islam and Quran

Prophet Muhammad as a model

This entry was posted in Illinois Mosques. Bookmark the permalink.